I am happy to share with you my first space project called “Space Biofilms”  launched to the International Space Station (ISS) in november 2019!

Biofilms are complex, resistant structures formed by microorganisms: from bacteria to fungi. These biofilms are found almost everywhere on Earth: on our teeth, in water systems, in medical instruments, on our bathtubs, etc.  Biofilms were also found aboard the ISS: either contaminating their onboard-grown lettuce or clogging the urinal-recycling system. 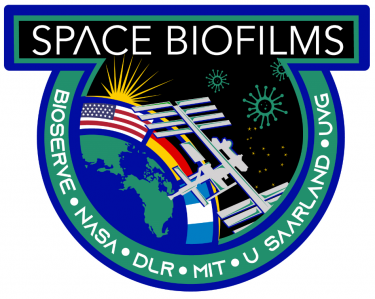 Goal:  In a long-term space mission, it would be desirable that biofilms can be monitored and controlled, of course to reduce systems maintenance and increase efficiency and reliability!

The science part will mainly consist on

1) growing the organisms on the ISS where they will be exposed to microgravity (or near weightlessness) and on Earth, where they are exposed to normal 1g gravity.

2) characterizing biofilm growth both in a morphological and genetic level.